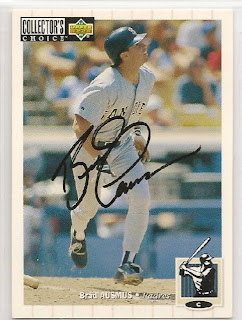 Heather Rowletts' favorite baseball player is Brad Ausmus. She watched him played in Houston, one of his stops around the majors. Brad has played 16 seasons so far and is rumored to be returning to San Diego for the 2009 season as a veteran to help teach the Padres young catchers.