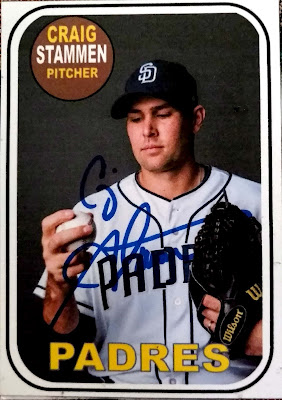 Craig Stammen, Padrograph #1083. Craig signed as a free agent with the Padres before the 2017 season and he pitched in sixty games in 2017.  This is the third of fourteen custom cards I sent out on February 10.  I just need seventeen more signatures to get to 1,100 Padrographs.
Posted by Rod (Padrographs) at 3:04 PM No comments: 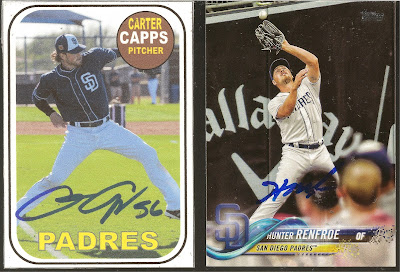 Carter Capps, Padrograph #1082. Carter is the second of 14 cards I sent to Spring Training that has come back.  He pitched in 11 games for the Padres last year after missing 2016 due to Tommy John surgery.  He has one of the most unique sidearm deliveries I have ever seen.

I have one signed card reppin' each season of the Padres since they entered the league in 1969.  Hunter Renfroe ( please do not trade him) is reppin' the 2018 team.
Posted by Rod (Padrographs) at 4:57 PM No comments: 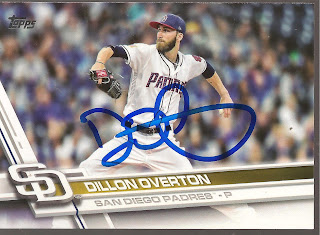 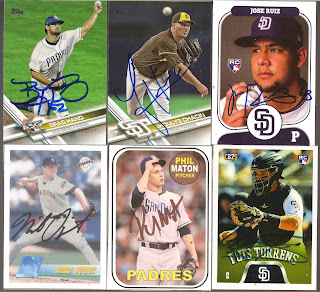 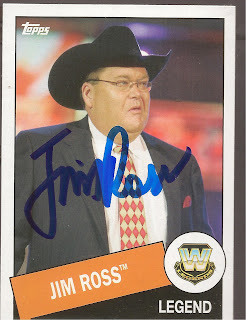 I have increased the number of Pro Wrestling autographs from two, Braun Strowman and Mick Foley to 10 with a total of 9 cards.  Jim Ross is an announcing legend who's wrestling calls have often been put over other video's.  William Regal is the NXT commissioner who I remember watching wrestling.  Nia Jax should be the womans champion but she hasn't yet won any championships yet.  Jimmy and Jey Uso succeeded both as a baby face duo and now as heels.  Dolph Ziggler is one of the best wrestlers in the company, but he hasn't found a consistent direction for his character.  Natalya Hart is a third generation wrestler who makes everyone she wrestles against look good. Jerry "The King" Lawler has been a wrestler, promoter and announcer. 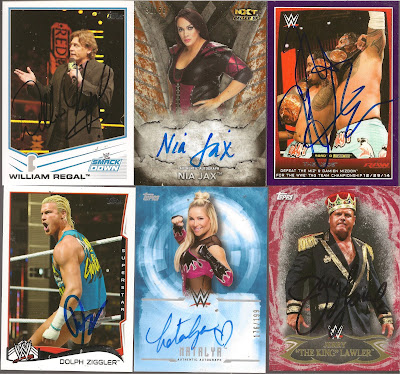 Posted by Rod (Padrographs) at 8:04 PM No comments: