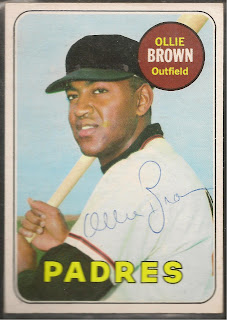 I have an autographed card from each year the Padres have been a major league franchise.  I have chosen a different player to represent each year.  I will showcase that card in this feature until we get to this year.

In 1968 four cities were awarded major league baseball expansion franchises.  Montreal, Kansas City, Seattle and San Diego started playing in the major leagues in 1969.  In 1968 an expansion draft was held to stock the teams from the current major league teams.  Montreal and San Diego went first, and with their first pick San Diego choose Ollie Brown from the San Francisco Giants.  Ollie went on to play in the majors until 1977, he played in San Diego from 1969 to 1972 when he was traded to the A's.  Ollie Brown also had a brother who played in the NFL, Willie Brown and a brother Oscar who played for the Braves.

In 1969 the Padres were managed by Preston Gomez and finished 52-110, sixth in the division.  It was just the first of six consecutive losing seasons in San Diego. 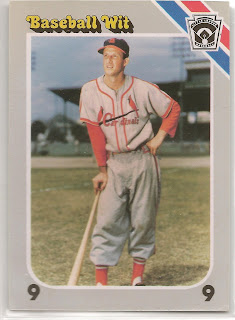 Stanley Coveleskie and Waite Hoyt were selected to be inducted into the Hall of the Fame by the Veterans Committe.  Roy Campanella and Stan Musial were elected by the Baseball Writers.  Stan Musial just passed away on Sunday and I was reminded of the one time I got to meet Mr. Musial.  He was doing a signing at a mall here in Portland, it's gone now.  I went to the show with my friend Craig Lockwood and after we shopped, me for Padres stuff and Craig for football, we got in line and were talking.  Craig stepped up and spoke to Mr. Musial and Stan told Craig that he had a great voice for radio.  Craig and I chuckled and moved on.  The thing is Craig was a disc jockey for a local country music station.
Posted by Rod (Padrographs) at 6:00 AM 1 comment: 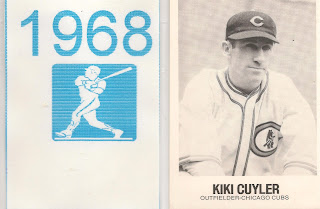 Kiki Cuyler and Goose Goslin were elected by the Veterans Committe for induction in 1968 and Joe Medwick was elected by the Writers.
In 1968 Dad got transferred again this time to be the Executive Officer of the USS Excel in Long Beach.  This time we drove and camped along the southern route, with four kids between 11 and 4. 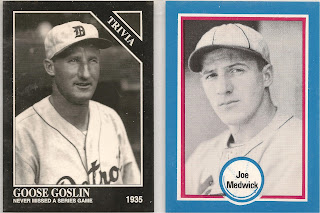 Branch Rickey and Lloyd Waner were elected by the Veterans Committee and Red Ruffing was elected in a special runoff election by the Baseball Writers. 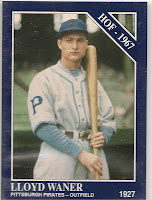 One inductee was selected by the Baseball Writers and one by the Veterans Committee.  Casey Stengel managed all over the place but primarily the Yankees and Mets. Ted Williams was the first player to go into the Hall of Fame with ties to the Padres.  He played for the Padres in 1936 when he was scouted by the Red Sox.  He is one Padre that I always wished I could have gotten a signature of.  In 1966 my Dad got transferred from the Charles H. Roan in Newport to the Charles Dahlgren in Norfolk and so we moved again.
Posted by Rod (Padrographs) at 12:00 AM No comments: 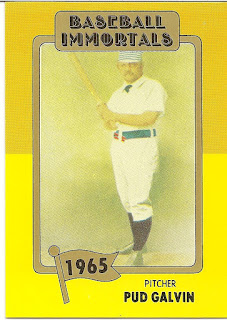 In 1965 only one player was inducted into the Hall of Fame.  Pitcher Pud Galvin was selected by the Veterans' Committee.
Posted by Rod (Padrographs) at 12:00 AM No comments: 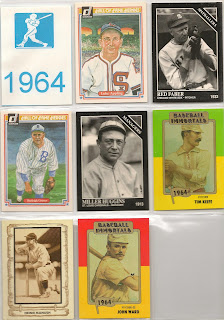 From here on out I will be presenting the Hall of Fame Classes with out too much editorial comment.  In 1964 Luke Appling was the only player elected by the BBWA, and that was in a special election.  There were six other players elected that year, during 1964 my younger brother was born in Ferndale, CA and then we moved to Newport, RI.  My parents drove from CA to RI camping along the way, with 4 children age 7 to newborn.
If you see a card you want or need, I will trade you for another card of the person.
Posted by Rod (Padrographs) at 8:26 PM No comments: