1957 is where I start in my Hall of Fame collection.  Why?  1957 was the year Elvis debuted on the Ed Sullivan Show.  1957 was the year Sputnik was launched into orbit by the USSR.  On September 13, 1957 in Long Beach, California I was born.  Therefore many of my collecting goals and other time related things hinge on the year 1957.  Years ago when I decided to start collecting Hall of Famers, I decided to collect those men and woman (more on that later)  who were inducted since 1957.  I decided to make year markers and this is one of the very first which was made sometime in the early 90's.
On July 22, 1957 outfielder Sam Crawford  and Manager Joe McCarthy were inducted into the National Baseball Hall of Fame.  Both of them were selected by the Veterans Committee.
Sam Crawford played for the Reds and Tigers during a 19 year major league career, playing from 1899-1917.  He holds the single season record for most inside the park home runs with 12 in 1901.  He hit .309 with 97 home runs for his career.  He retired in 1917 and first appeared on the HOF ballot in 1936, the first year for the HOF.  He never got more than 4.2% on his first 6 years on the ballot and then gained entrance into the Hall through the veterans committee in 1957.  He is featured here on a Baseball Wit card, a trivia game that had something to do with Little League.
Joe McCarthy was elected as a Manager by the Veterans Committee in 1957.  He managed the Cubs, Red Sox and Yankees from 1936 to 1950, winning 9 pennants and 7 World Series.  His Cubs won the National League pennant in 1929, and his Yankees won 7 World Series between 1932 and 1943.  The only year that the Yankees didn't win a World Series they were in was 1942 when they lost to the Cardinals in 5 games. He is featured on some TCMA card, that I can't remember what set it is.
Sam Crawford lived for another 11 years after being inducted into the Hall of Fame, passing away in 1968.  Joe McCarthy lived for 21 years after his induction, passing away in 1978.

This is the first in series of profiles of players who have been inducted into the National Hall of Fame since I was born in 1957.
Posted by Rod (Padrographs) at 12:43 PM 1 comment:

I was at the LCS the other day and picked up a pack of the New Panini Cooperstown cards.  For a unlicensed product it is actually pretty nice.  On the front is a picture of the player with the year inducted and the HOF logo.  On the back is another picture of the player and in a banner with their name is the years they played.  Also featured is the bio and stats.  I also pulled one of the plaque inserts which are numbered to 599, interestingly enough there are only 100 players in the set.  I really like this set and I was going to collect it but I have my own Hall of Fame set, I have collected everyone who has been inducted since 1957, using various card sets and have made some of my own.     If any one wants the Judy Johnson card let me know.
Posted by Rod (Padrographs) at 8:03 PM 2 comments:

When the library I work for hosted an exhibit on Negro League Baseball I got to help out and for a thank you I was given this book.  I am going to go through it and either share if I have done the item on the list or am planning on doing it.

When I turned 50 six years ago my sweet, sweet wife threw me a big surprise party.  I thanked her and she whispered in my ear, " I am never doing this again, when you turn sixty we can go on a baseball road trip."
So for the last six years I have been planning on all the places I want to go in 2017.  I want to visit all the Padres minor league teams, and see some games at PETCO field.  I want to also see some iconic baseball places, Field of Dreams in Dyersville, Iowa, The National Baseball Hall of Fame in Cooperstown, New York, Fenway Park, and Wrigley Field. I want to visit with some bloggers, Dave, Zach, Jim and Greg in particular. Plus it will give me an opportunity to visit some of the places I used to live.  I would also to go Omaha to see where the Oregon State Beavers won two consecutive College World Series.

If you were planning a baseball road trip where would you have to go.
Posted by Rod (Padrographs) at 11:25 AM 6 comments:

The pigeon has flown the coop

All of those who took part in my Heritage High Number set break should get your cards soon.  I sent the last one out yesterday and it has to go to Canada, so I had to talk to a real mail (although she was female) person to mail.  All of the others went out on Sunday evening.  Cards on Cards may already have his as they just had to go across town.  Sent one package to Alaska.  Hope you enjoy your packages.

I haven't got back on a regular basis, now it is a computer problem.  My laptops' cursor only goes up and down and won't move horizontally.  I will take it in this weekend, luckily I bought the s*@t happens warranty for it.

As soon as I get the computer fixed I will be offering some team packages.  I sort my packs into 50 count boxes by team and when they get full I offer them up.  I will be doing that soon.  I may pick up a mouse this evening so I can use it, instead of the touchpad on the laptop.
Posted by Rod (Padrographs) at 2:59 PM 1 comment: 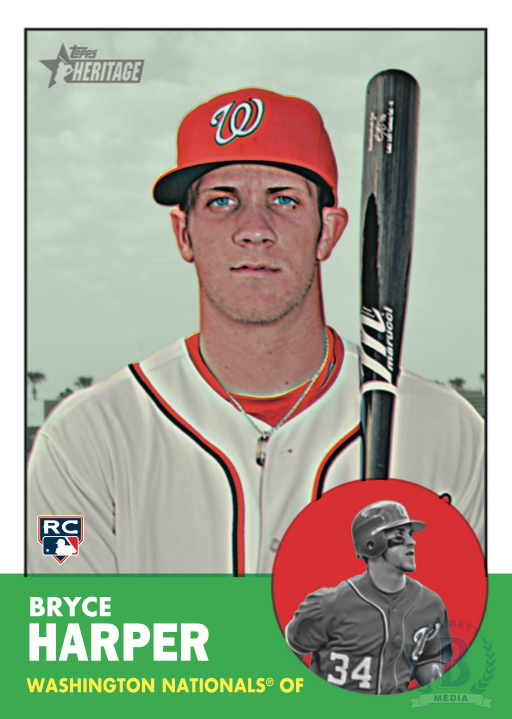 I bought a set of the 2012 Topps Heritage High Numbers minus the autograph and am selling off the teams at 75 cents a card.  There are still many teams left.  Go to the original post here and sign up in the comments.  I got an email today from the seller that Topps has said they will ship the 9th.  So I should have them next week sometime.  I will ship them in top loaders in a bubble envelope.  It will be $1.50 for shipping and handling.  You can pay via paypal as a gift to captainamerica1957XXmsn.com.  To paraphase Tommy from the rock opera of the same name, you know where to put the @.
Posted by Rod (Padrographs) at 4:02 PM No comments: 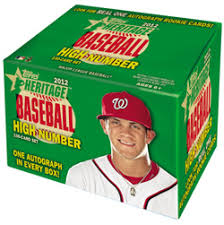 So I bought one of these off of E bay without the autograph, the only bummer about that would be if the auto was of Ednison Volquez.  But I digress, the purpose of buying the set was to get the Padres, Mariners and Pirates out of the set for myself and a couple of friends. Therefore I am left with a bunch of cards that I have no use for.  What I would like to do is a group break where the cards are 75 cents each and a couple of dollars for shipping and handling.  If you are interested in picking up a team please let me know.  Also if you know of a checklist that includes the team let me know.  Otherwise I will just let you know how many cards in your team when I get the set.  Let me know in the comments which team you would like.
UPDATED: I have added the number of cards for each team as far as I can tell.