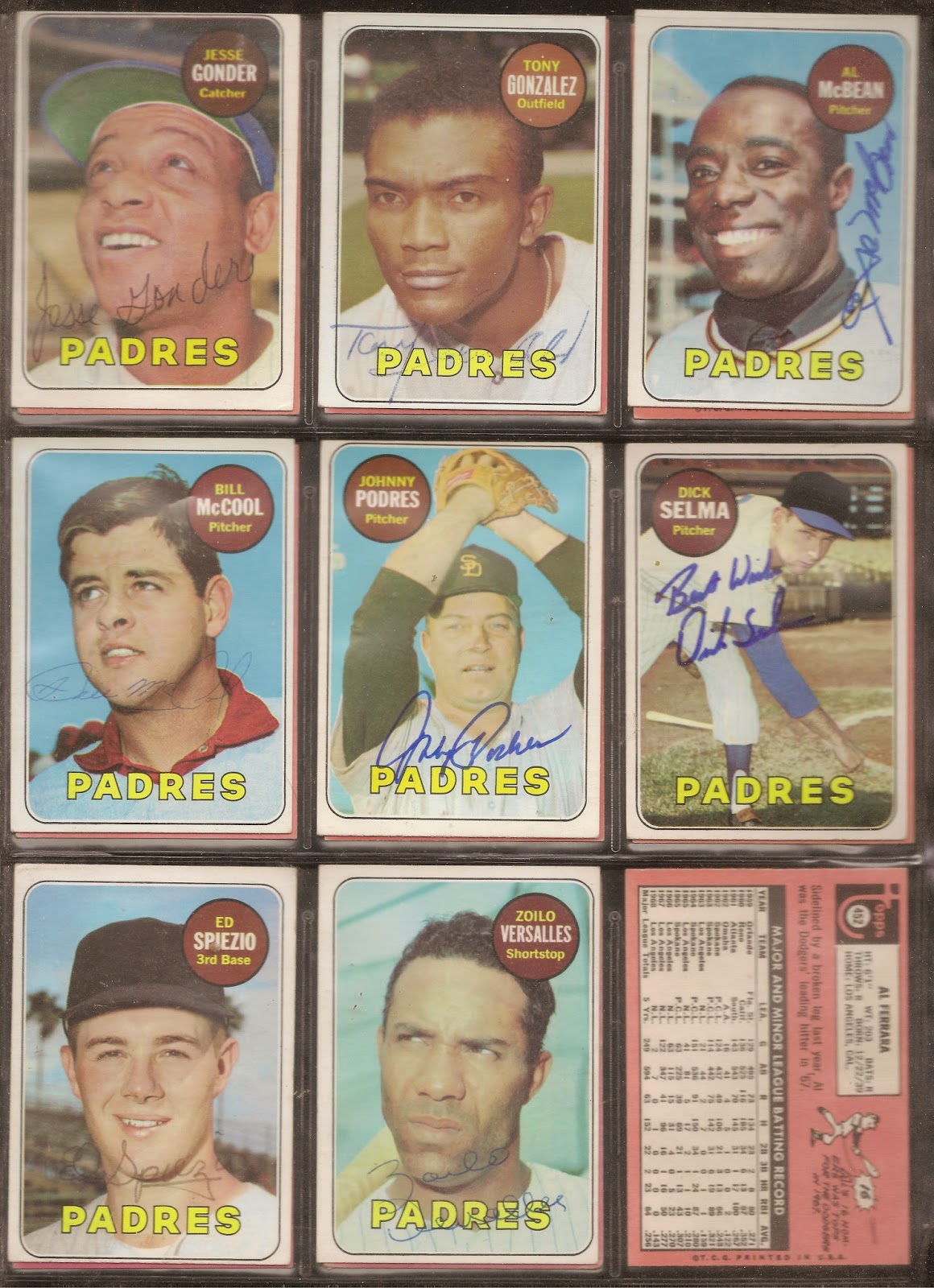 Jesse Gonder never played for the Padres.  His last major league game in 1967.  He passed away November 14, 2004.
Tony Gonzalez had played had played in the majors since 1960 before playing for the Padres and Braves in 1969.  He was the first MLB player to wear a helmet with a pre-molded ear flap in 1964.  He was in the top ten in hit by pitches and had the helmet made.  He played through 1971.
Al McBean played in the majors from 1961 to 1970 and split 1969 between the Padres and the Dodgers.
Bill McCool pitched for 5 years in Cincinnati before coming to San Diego and pitched one more years in the majors, for the Cardinals.  He passed away earlier this year.
Dick Selma played in the majors from 1965 to 1975, playing part of 1969 in San Diego.  When he finished his major league career he returned to his hometown and took a night job so he could coach baseball at the local high school during the day.  He passed away from liver cancer in 2001.
Ed Spiezio got the first hit, home run and run in Padres history.  He played with the Cardinals in 1967 when they won the World Series.  His son Scott also won a World Series when he was with the Angels.  Ed spent just over 3 seasons with the Padres in his 9 season career, also playing with the Cards and the ChiSox.
Zoilo Versalles was the 10th selection of the Padres in the expansion draft but was traded to the Cleveland Indians for Bill Davis and never actually played for the Padres.  He passed away in 1995.

Posted by Rod (Padrographs) at 5:57 AM No comments: