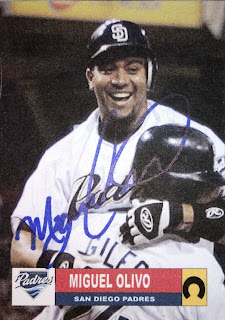 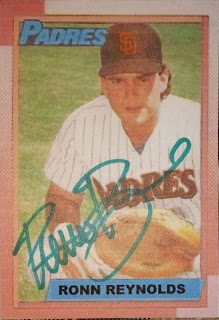 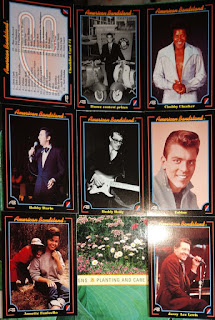 Two more custom Padres, sent to their homes and then signed, sealed and delivered yesterday.  (Listening to Stevie Wonder sing Signed, Sealed and Delivered as I begin this post).  I mailed both of these out on January 12 and they both came back January 28.  Miguel Olivo, played in 34 games for the Padres in 2005, he split the season between Seattle and San Diego.  This card went to Sacramento and back in sixteen days.  Ronn Reynolds played in eight games for the Padres in 1990, the last year of his major league career.  Travis (punkrockpaint) transformed Ronn in a Las Vegas Stars uniform into a Padres uniformed Ronn Reynolds.  In the same sixteen days that it took Miguel's card to go to Sacramento and come back, Ronn's card went to Wichita, Kansas and came back.

Nice work, Travis! I might have to write to Ronn since he lives right down the road from me.