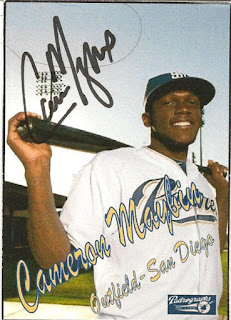 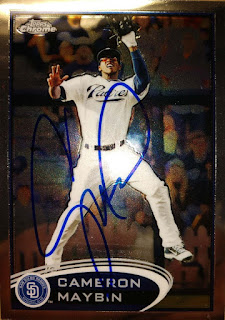 Cameron Maybin, was one of my earliest attempts at a custom card.  I used a photo from Photoday and sent him the card on the right.  He signed it and sent it back.  Somewhere along the way it lost the back. When I had the opportunity to upgrade it I did.  I had the chrome card for awhile but it had fallen behind a book case and I just found it yesterday. 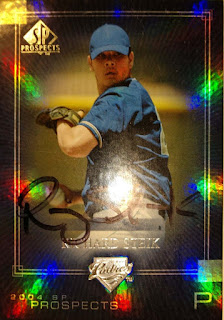 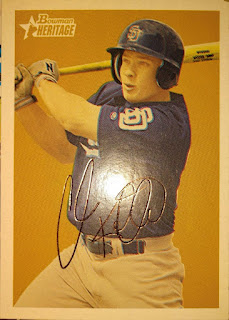 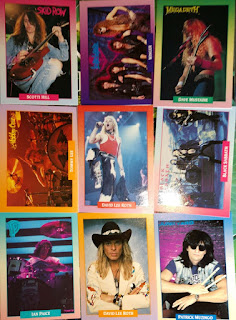 This is my favorite pack of Rockcards so far, because it features Diamond David Lee Roth.  This pack also features more people that I have heard of than any of the previous packs.

Lots of big names in that pack of Rockstars.