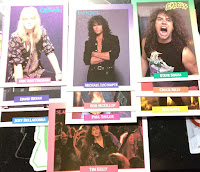 Over to the left are the guys I haven't heard of.  If you haven't heard of Tommy Lee, I would like to know what rock you have been living under or how young you are.  The drummer for Motley Crue has been in the tabloids for dating everyone from Heather Locklear to Pamela Anderson, both of whom he has been married to.  Charlie Slade is the overlooked member of AC/DC but his drumming is awesome and is the backbone of the band.  Steve Howe of Yes and a couple of other bands is an awesome guitarist that I saw in concert once.
From 1976 to 1979 I was stationed at Naval Air Station, Alameda.  If you don't know where that it is it is adjacent and south of Oakland, CA. While I was there I attended several concerts at the Oakland Alameda Coliseum and Arena.  One of the most memorable was Donovan and Yes.  The curtains remained closed and someone put a chair in front of the curtain and Donovan came out and sat down and performed what was basically an unplugged set.  After a suitable intermission the curtain opened and Yes began.  Rick Wakeman had like 12 keyboards, each guitarist had upwards of 10 guitars, the drummer had a huge kit and a set of tymphony drums, Jon Anderson, the lead singer, had a rack of percussion and other instruments, plus a harp near the drum kit.  It was the sharpest difference I have ever seen between an opening act and the headliner. 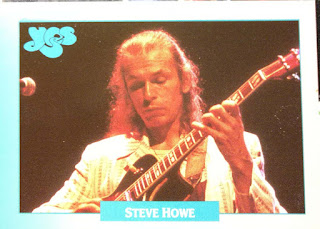 Pamela Anderson was never my thing... but Heather Locklear? That's one lucky dude.

Ve are going to Al-A-Me-da in search of the nuclear wessels...