A Hall of Famer and a Manager 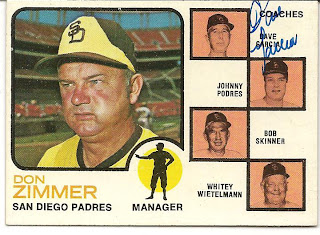 Dave Garcia managed for the Padres in the minor leagues in their inagural year, and made it to the show in 1970 as Popeyes' third base coach.  He coached in San Diego through 1973, before going on to manage the Angels and Indians.  I got this signed through the mail, I also have signatures of all the other guys on individual cards. 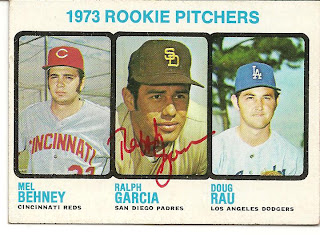 not sure about behney, but rau is a good ttm signer, though i doubt you would want a dodger to sign that card...