First off it has been a busy week.  I have working retail so some long late hours and a longer commute than usual have made it hard to write anything.

The Steve Finley Stadium club card won the battle for spot number sixty which completes page seven.  Below are what pages six and seven now look like.

Someone asked how a custom card is numbered.  Ever since I started making cards I have numbered them in the order I have made them.  I am on series two of my cards and am on number three hundred and ninety seven.  Series one has five hundred and five cards due to some numbering snafus.  The George Hinshaw card is number sixty in the first series. 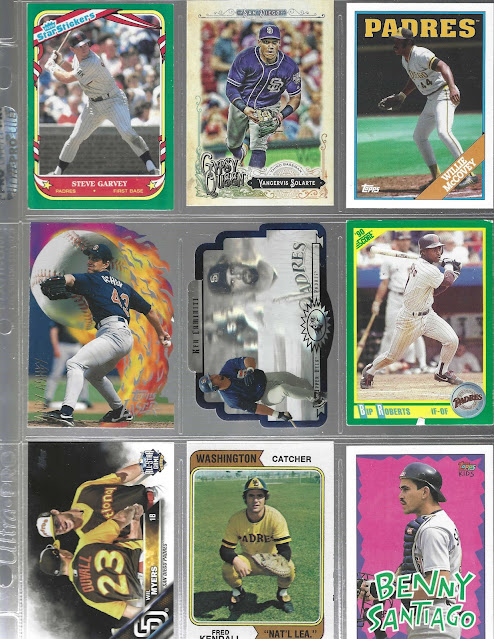 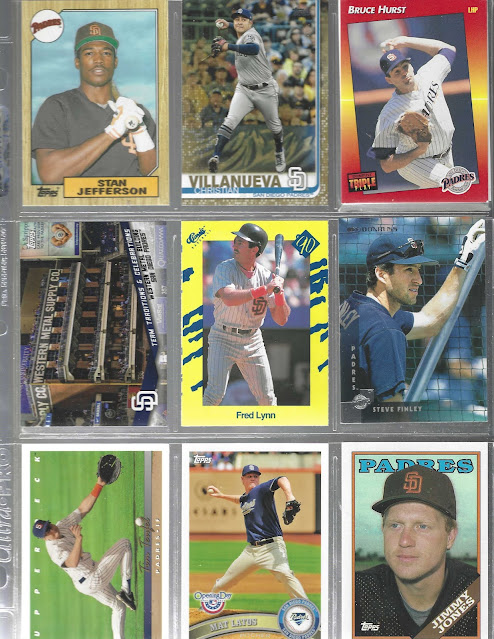 The Padres frankenset is coming along nicely. Hope you and your family had a happy Thanksgiving.