I received two cards in the mail yesterday.  One had seven astronauts and one was Padrograph #1234. 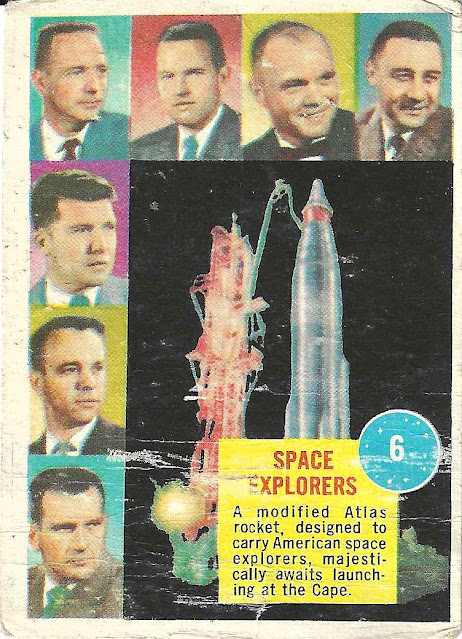 Card #6 shows all seven of the Mercury Seven Astronauts.  Gus Grissom was the first to pass, when he died in a fire training for Apollo 1. John Glenn was the last of the original astronauts to pass away, doing so in 2016.  That brings me to six of fifty five cards. 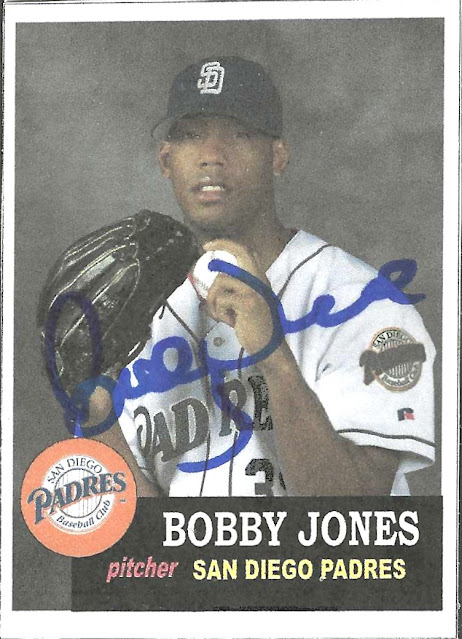 Now I have two Bobby Jones cards in my Padrographs collection, Bobby J. Jones and here Bobby M. Jones.  The two were teammates with the Mets and with the Padres.  This Bobby pitched in four games for the Padres in 2002.  Punk Rock Paint transformed this picture of Bobby from a Red Sox uniform to an era appropriate Padres uniform.  I sent the card into a private signing Bobby did.  This is Padrograph #1234.
I am currently looking for a photo of Mike Campbell in a Padres uniform.  Mike pitched in four games for the Padres in 1994.  If you have any ideas for sources please let me know.
We are snowed in at our house in Portland.  It is a winter wonderland.  The roads are slick and people are crazy so I didn't go to work today.
Thank you for stopping by and thank you for your assistance.

Wow, love that Astronauts card!! Snow here too, kids are having fun.

Do you think they were called Bobby J and Bobby M to avoid confusion?

I wonder if he realised the photo had been altered when he signed it. Did you send an explanation with it?

My friend sent me photos of the snow. It was so beautiful. Stay warm and safe. And the cards you sent arrived safe and sound. Thanks for the contest prizes and the bonus cards.

The Mets have actually had two pairs of pitchers with the same Robert-based name who were on the team at the same time, the others being Bob L. Miller and Bob G. Miller. In both cases, one of the pitchers was a lefty (Bob G. and Bobby M.) and the other a righty.

Those astronaut cards are sweet!! Definitely want to woek on that set someday!