The Underground Railroad by Colson Whitehead.  Set during the civil war it follows the adventure of a couple of slaves attempting to escape slavery.  Told through chapters from different characters point of views.  Okay I like my stories told more linearly.

The House of Secrets by Brad Meltzer & Tod Goldberg.   Two children of a famed television host are involved in an accident with their father.  It puts them in an unexpected position and brings some things from the past into the present.  A bit of mystery, espionage, American covert history and an unusual avocation.

The Wonderous Science, Book 1 Mysteries of the Laurel Society by Brian & Josie Parker.  This is a book I backed on Kickstarter and I know the authors.  It is a young adult book in which the characters are a diverse bunch of youths.  It is a story of science and magic and the effects they have on each other.  It was a fun read and I look forward to the sequel.

What Grieving People Wish You Knew about what really helps (and what really hurts)by Nancy Guthrie.  It is sometimes difficult to know what to say to someone is grieving, Nancy Guthrie know first hand what it means to grieve from personal experience.  Through her own experience and others she shares anecdotes that show both the good and the bad. 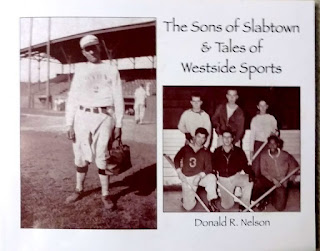 The Sons of Slabtown & Tales of Westside Sports by Donald R. Nelson.  This is the story several young men who played baseball together from elementary school through high school.  A few of them played in the minor leagues, a couple of them made it to the majors and one of them became a Red Sox icon.  Johnny Pesky is the central figure of this story.  It is about a neighborhood in Northwest Portland.  I have met Johnnys' brother and a few others mentioned in the book.
Posted by Rod (Padrographs) at 6:27 AM