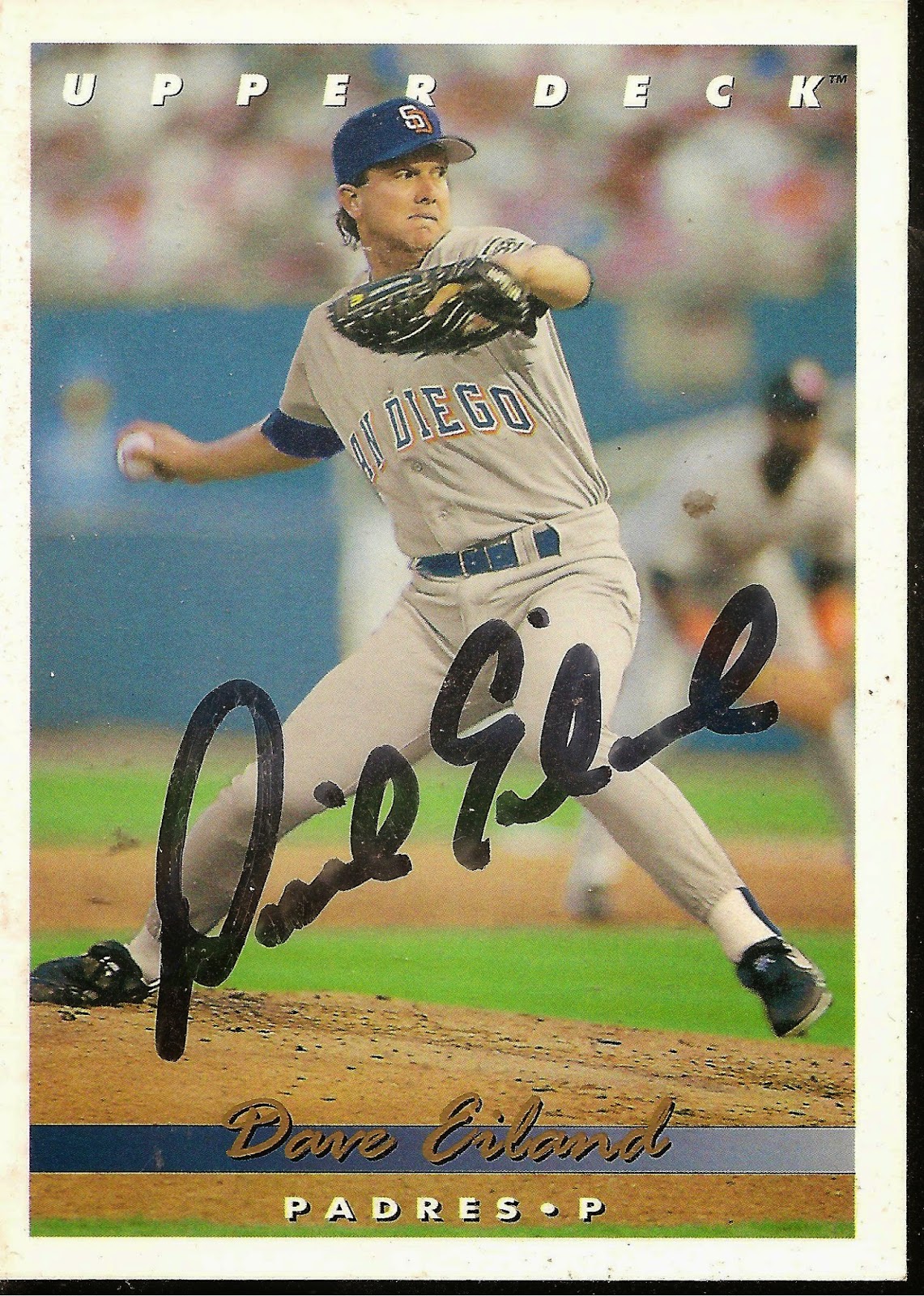 Taking a break today from the alphabetical presentation to acknowledge the World Series.  Next year is the Padres year.  But for today the Royals take the field.

Dave Eiland is the lone Padrograph represented on the Royals roster.  There are no players currently playing for the Royals that I have signed Padres cards of.  Dave pitched in 17 games for the Padres in 1992 and 1993.  He was the Yankees pitching coach for 2 years from 2008 to 2010, he was then in an advisory role for the Rays for a year before being named pitching coach of the Royals in October of 2011.
Posted by Rod (Padrographs) at 5:53 AM