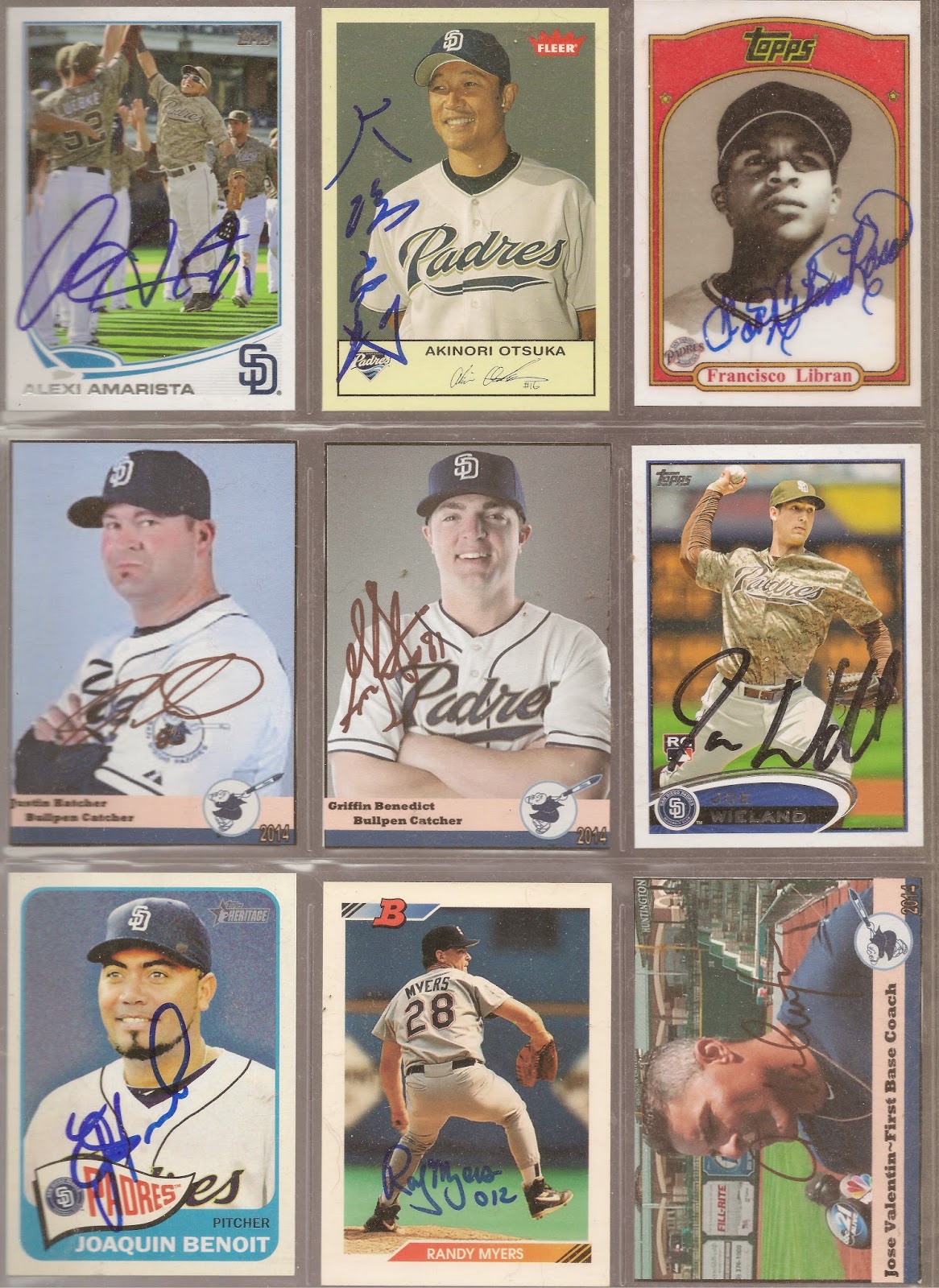 The first two cards are just ones I wanted when I saw them.
I love the Alexi Amarista card, he is one of my current favorite Padres and this just shows how small he is.
I wanted the card of Akinori Otsuka because he signed his name in characters.  I am not sure if it is Kanji, Kata Kanji or Hira Gona, but it is the only card I have signed in Japanese.
Francisco Libran, Francisco played in 10 games for the Padres in 1969 and passed away in May of last year at the age of 65.  Someone had this custom card made of him and tracked him down in Puerto Rico to get him to sign this.
Justin Hatcher, Justin was drafted by the Rangers in 2003 and played in their system through 2005.  He played in the Padres system in 2006 and '07 and has been one of the bullpen catchers since 2008.  I sent out 5 customs, Justin, Griffin Benedict, Jose Valentin, Alonzo Powell and A.J. Preller.  All of them but the Preller have come back.
Griffin Benedict, Griffin was drafted by the Padres in 2009 and played in their system through 2010.  He has been a bullpen catcher for the Padres since 2011.
Joe Wieland, Joe played for the Padres in 2012 and 2014.  Got this on ebay.
Joaquin Benoit, Joaquin pitched in 53 games for the Padres this year and recorded 11 saves.  Found this on ebay after mailing him some.
Randy Myers, Randy is a hard signature to get and I had some extra money this summer so I splurged and picked this up.  Randy played for the Padres in 1992 and 1998.
Jose Valentin, Jose was the Padres first base coach this year.  Returned it quickly after I mailed it to him.

That Aki auto is awesome!

Great stuff. Neat story with that Libran. And congrats on landing that white whale, Randy Myers.