I picked up a couple of cards on ebay of guys that I did not have.  First there was Ian Kennedy. I hadn't sent him anything because I think his first cards with the Padres were in the update series of last year. 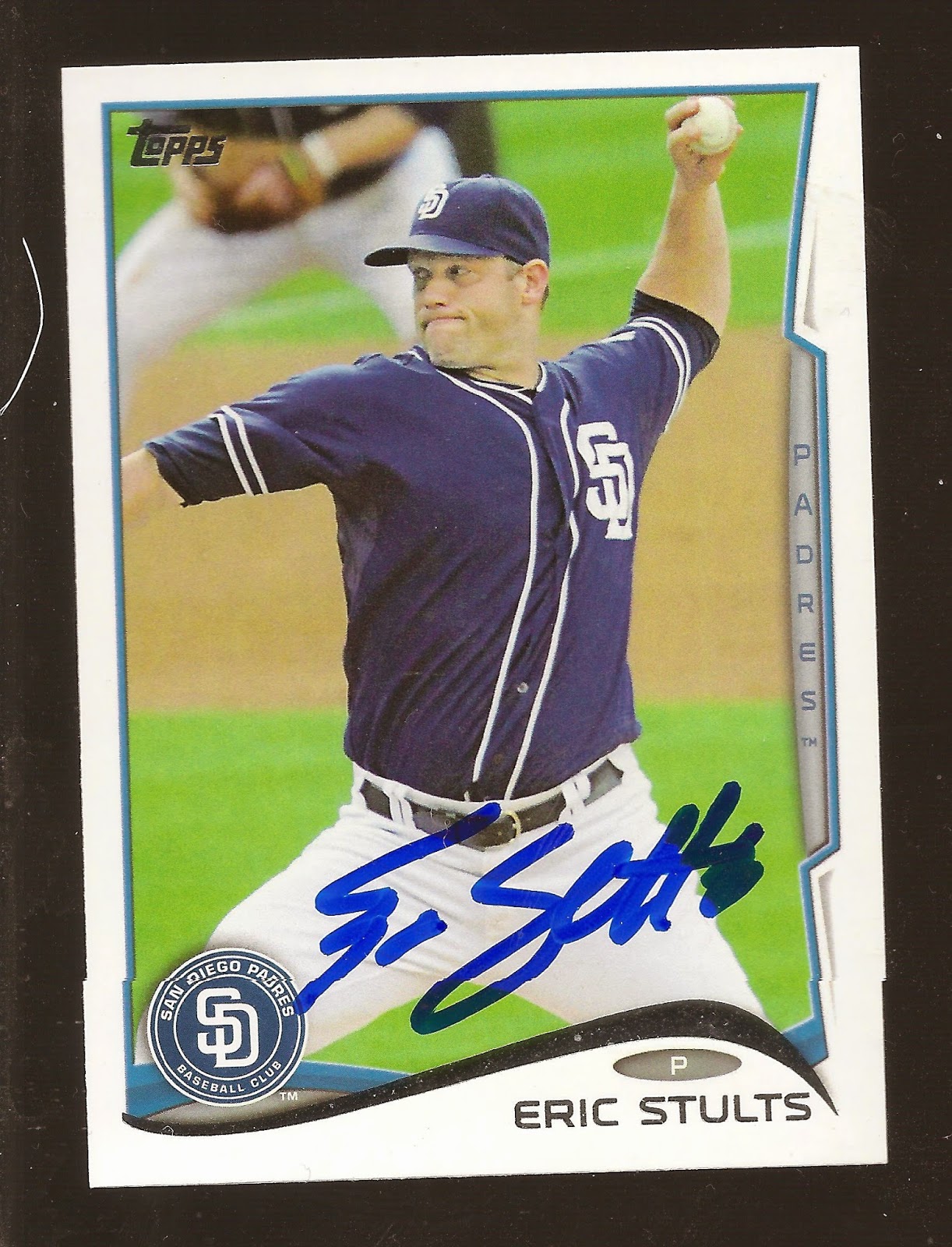 I also ordered a card of Eric Stults, I saw him play last year when I was in San Diego.

The day after I got the eBay card I got two cards back that I had sent Eric Stults on February 10.  I have gotten 4 of the 5 cards I sent out then.  Nick Hundley is the only one I haven't received back.

A couple of months ago I met a 10 year old boy who was telling me his Grandpa played pro baseball with the A's and knew Connie Mack.  He hadn't ever seen a picture of his Grandpa in a baseball uniform, so a friend bought him a picture with the Portland Beavers.  I scanned the photo and made this card for them.  The picture on the back is from a team photo of the 1950 Beavers.  Found out last that my friend get to go meet Cal, he likes talking baseball with people.