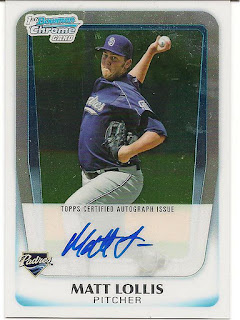 Never heard of this guy until I saw this on eBay the other day.  He is 6 ft 9 in tall and weighs 280.  He was drafted by the Padres in 2009 and has made it to High A ball and spent some time in the major league camp in spring training.  It cost me $5.51 with free shipping.  It is somewhere in the high 700's for number of Padrographs I have. 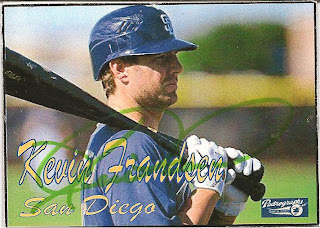 I got this in the mail on Wednesday, I had mailed it to Kevin during Spring Training.  He was signed as a free agent before Spring Training and released by the Padres in March of this year.  He then signed with the Phillies and spent time at three different minor league levels.
Posted by Rod (Padrographs) at 10:22 PM