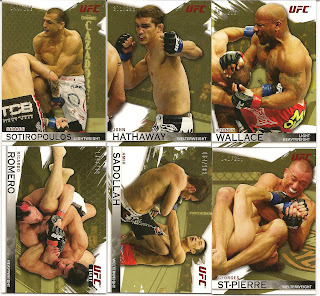 I recently won a contest at the Cardboard Connection and was awarded a box of UFC Knockout.  Not being a UFC fan, I have only heard of a few of the guys.  I did get all the relics and autographed cards that I was promised, with one redemption card.  I really don't like sticker autos' some of the guys signatures are cut-off and incomplete.  Hopefully I can trade these for some cool Padres stuff.  Here without further comment are the inserts and parallels.  These are all parallels numbered to 288. 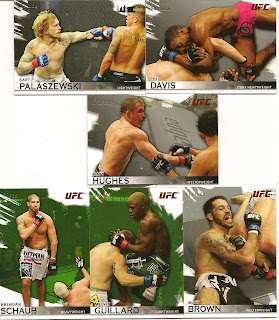 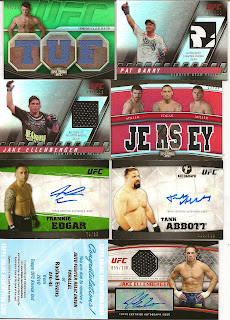 Would love to trade for some of the autos and relics if you still have them.