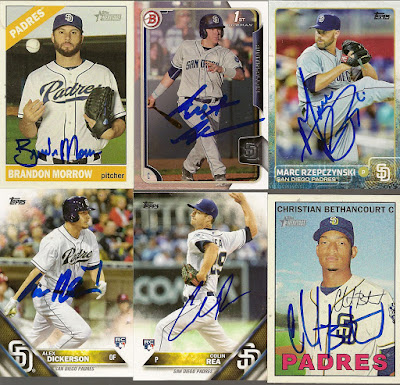 I have cards in the mail for all of these guys put it has been over a month and they were fairly cheap on ebay.
Posted by Rod (Padrographs) at 4:31 PM