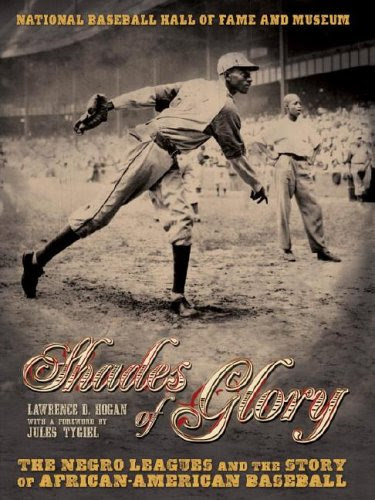 WOW! That's a lot of real cool information. The story of African-American baseball from the US Civil War to the early sixties with a quick trip to the 1980's and 2006. There is so much history here that it is incredible, stories of barnstorming teams. This is really interesting to me. I love history and I love baseball, so to combine the 2 is awesome. The authors place the game in social and economic context as they trace the history of the various teams and leagues. If you think that there was just one Negro League you are way off, I thought there had been a couple of attempts, but didn't realize the number of leagues spread throughout the country. I have been doing research to find out more about a Negro League that existed for half a season in 1946 here on the west coast. The team was owned by the great Olympic Hero, Jesse Owens and was called the Portland Rosebuds and played at the Vaughn Street Stadium when the Portland Beavers were on the road. I would heartily recommend this book to anyone interested in baseball history. RRRR