Recent additions and the Padres are at .500 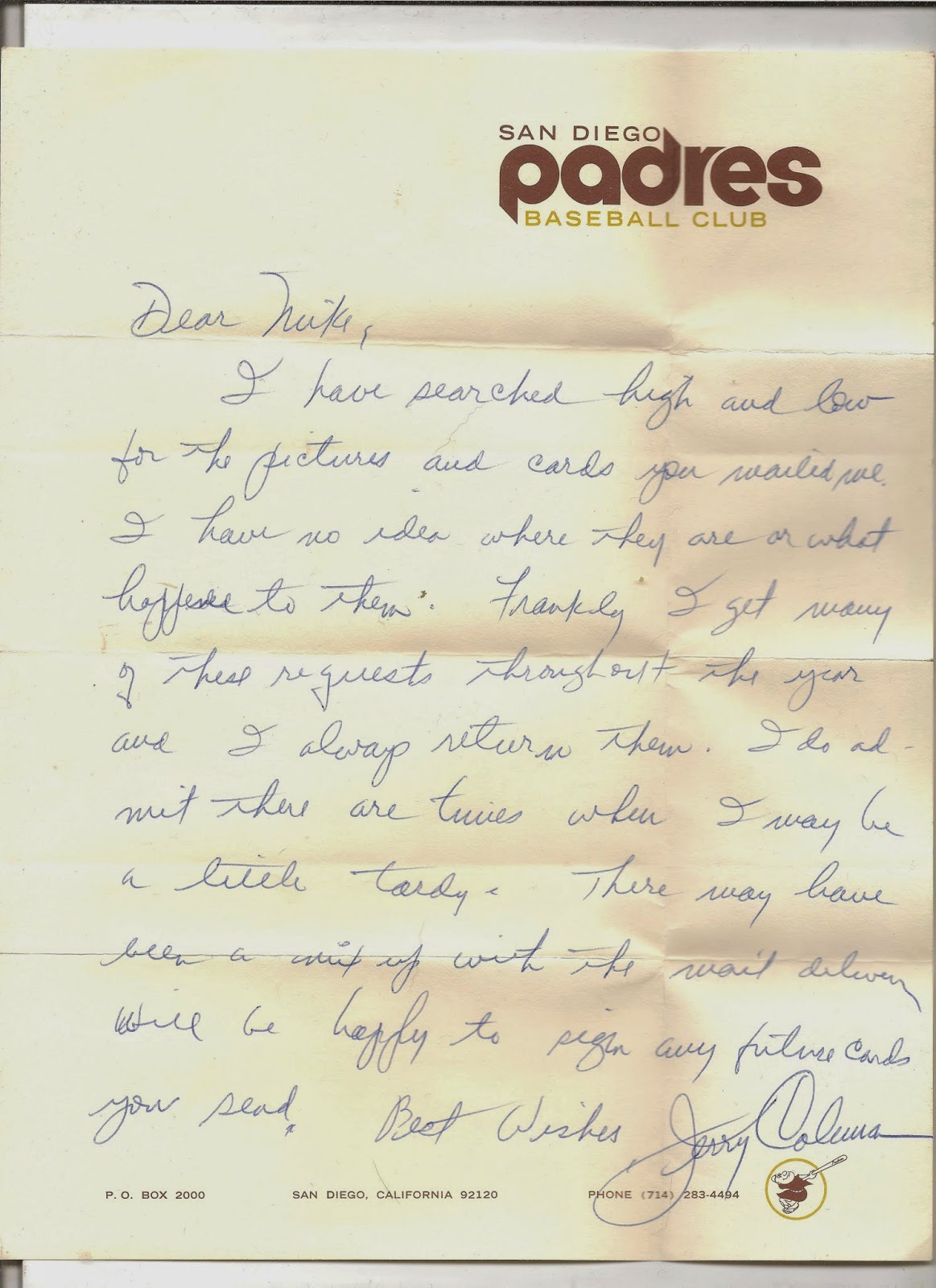 I picked this up off eBay recently.  It is a letter from Jerry Coleman to a collector whose items he had misplaced.  I am going to have it framed and am trying to figure out what to have framed with it.  I have ordered the Jerry Coleman patch from last years Jerry Coleman Day.  I would like to get the patch that the Padres are wearing on their uniforms this year.  Any suggestions as to anything else that I should include with the letter. 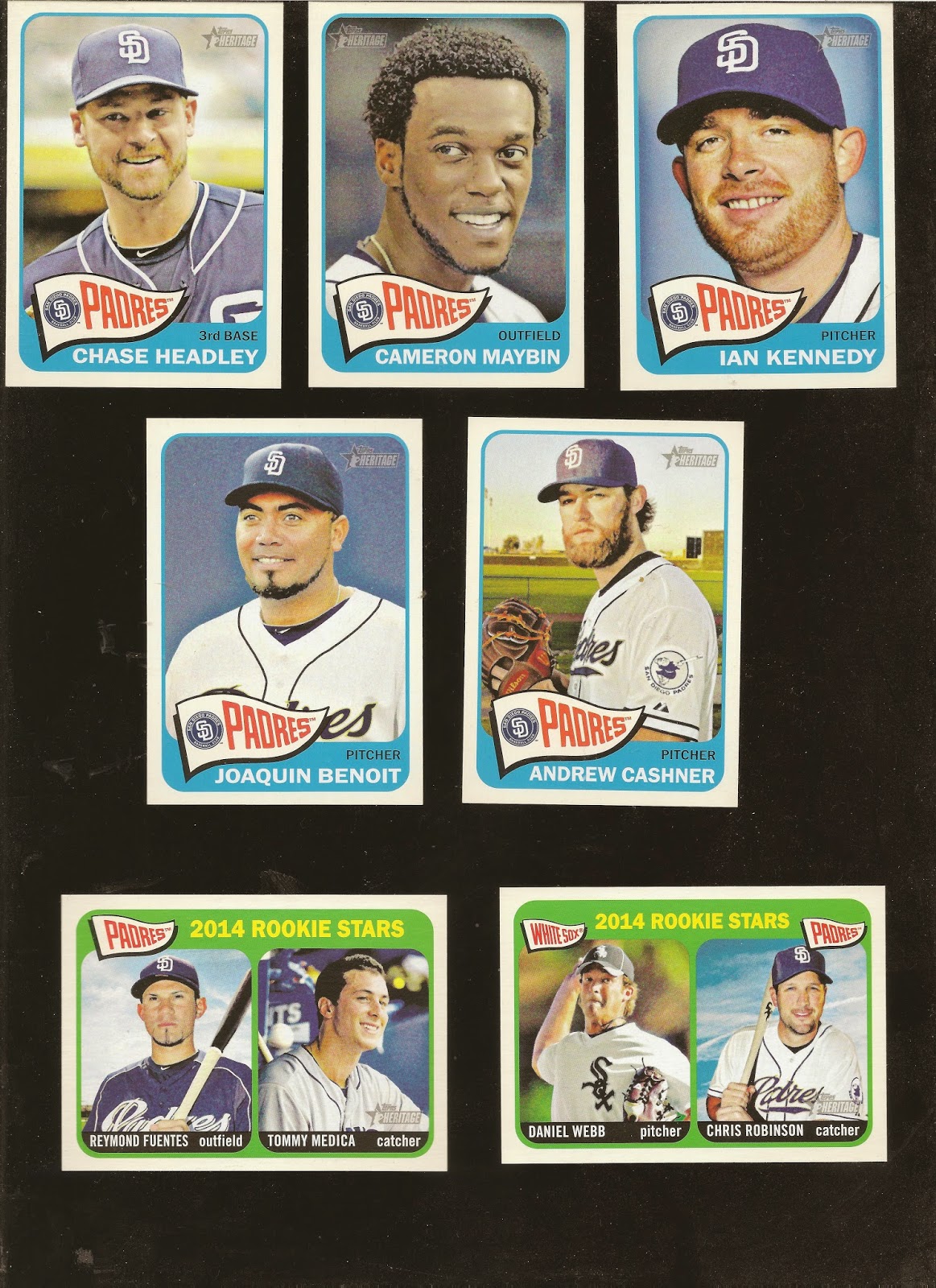 I also picked up a 2014 Topps Heritage team set.  The Heritage sets are the only team sets that I am collecting now.  I have signatures of everyone in the team set except for Joaquin Benoit and Chris Robinson.  Does anyone have an address for Chris Robinson in Canada? 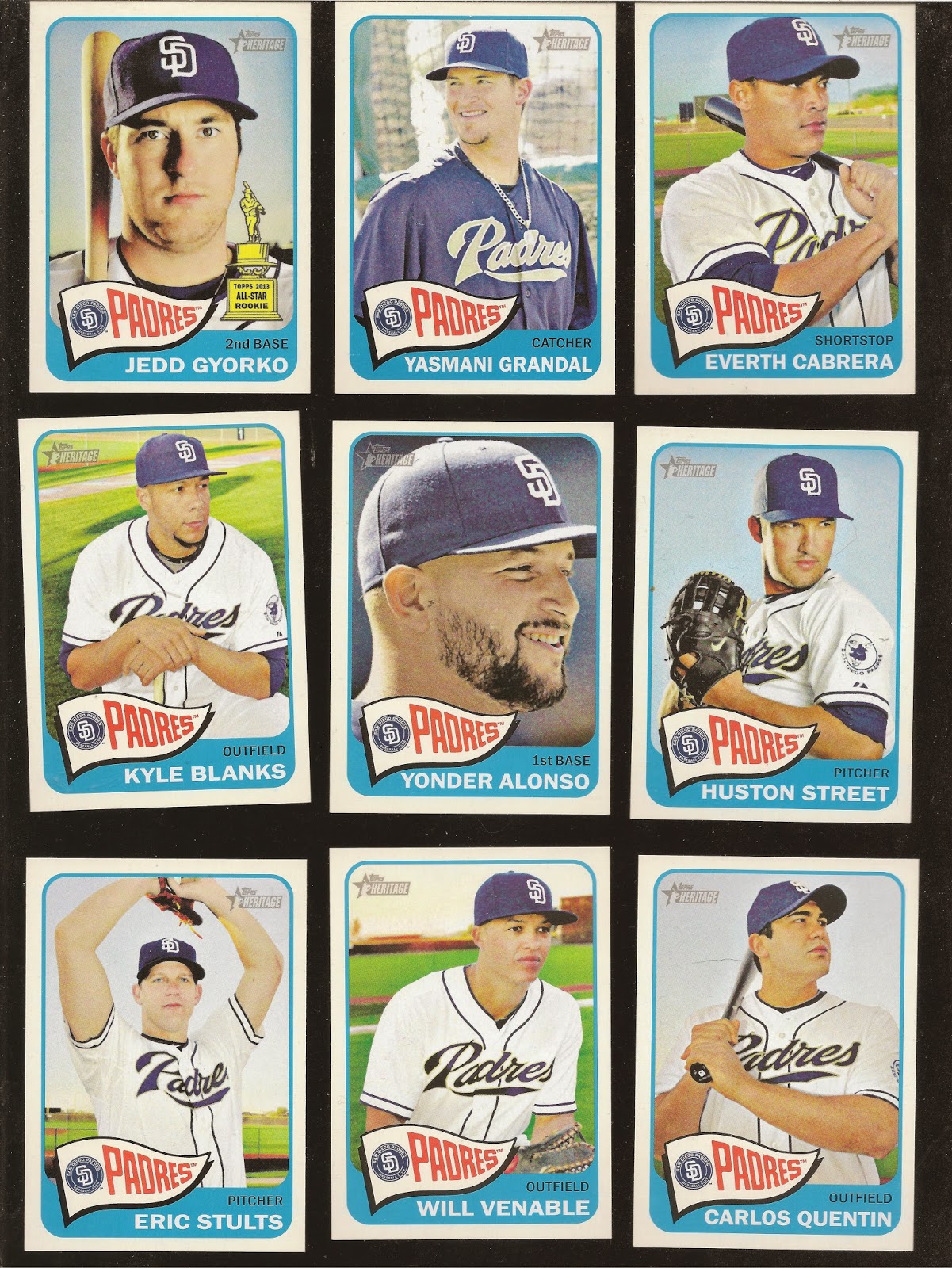 That's a very cool letter. Does Coleman have a post-card or anything from his Hall of Fame induction when he won the Ford C Frick award? Something like that could look cool framed with the letter and patch.

What an awesome one of a kind collectible. You question actually got me thinking... so I went to eBay and there are a couple of cool Coleman items:

Not sure if these are the kind of things you're looking for... but I grabbed one of the LP's to hang in my office.