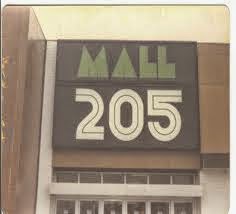 Tomorrow, June 28, 2014 there is a card show at a local mall close to me.  I would like to meet up with other Oregon and SW Washington bloggers if you are going to be there.  Maybe we could get together to get something to eat.  Also there is a card shop, a Goodwill and Salvation Army not too far from the show locale.  If you are interested let me know.

There were six players that were on the Padres roster in 1969 that did not have cards.  I made cards of them that I was thinking of getting signed.  Three of them are deceased and the other three don't seem to sign much.  I will give the three living players a shot and see what happens.

I added an item to my sidebar called "Still to Sign".  These are all players that have some kind of Padres card that I still need signatures of.  If you have any of these players on Padres cards  and are interested in trading or selling them please let me know.

Thanks for your continued support.
Posted by Rod (Padrographs) at 7:23 AM

I'm gonna try to swing by the show for an hour if I can, but it's a hectic weekend with a bunch of my family in town for my delayed wedding reception, and still lots of last-minute stuff I need to do, so I probably won't be able to hang out really. But if I see ya, I'll say hi.

I like your Van Kelly card. I don't why he never had a card. In researching him I discovered he was a survior in a fatal car crash as a minor league player. Another player in the car was Jerry Hummitzsch who perished. Oddly enough I told this story to a friend who lives in Sheboyban Wi. where Jerry was from. In coincidence he lives across the street from the cementary where Jerry is buried.