Not much of a contest, but you can win things.  Of course, they are all Padres related.  Since one of my all time favorite Padres wore the number 6, there are 6 prizes.

One year ago I started writing about Padres autographs and it has since morphed into a few other things.  I would like to thank of all of you who have read the blog and those of you who have provided inspiration.

Now here are the rules of the game.  My favorite Padre wore uniform numbers totaling 17, excluding the number he wore his rookie year.  He is still active in major league baseball but he also has a career outside of baseball.  He is two weeks younger than I am and we have met.  So if you can name this player you will get one entry, if you link to your blog you will get another entry.  If you provide me with a Padre autograph I don't have I will give you another entry.  There is a blog entry about the guys I don't have.  Let the games begin.  Here are the prizes, on November 1 my wife or son will draw six names and those will be the winners.  You can only win once, starting with the first name drawn you will be able to pick your prize, until there will nothing left here are the prizes in no particular order.  So the first name drawn will pick a prize out of the six items and then the second name will pick out of the 5 items remaining and so on.  Email me the name of my favorite Padre at padrographs@live.com and let me know if you have linked to the blog. 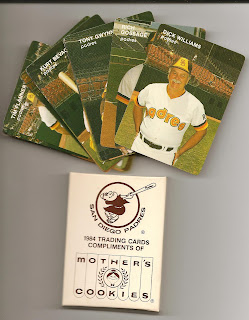 A 1984 Mothers Cookies set of the Padres, featuring 3 Hall of Famers and one who should be.  This is the first year Mothers did the Padres. 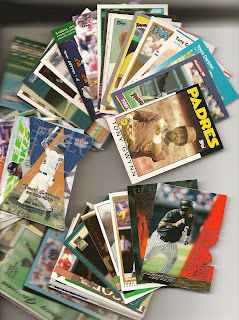 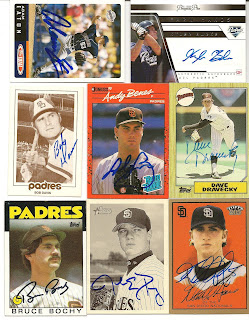 20 different Padrographs including one Hall of Famer 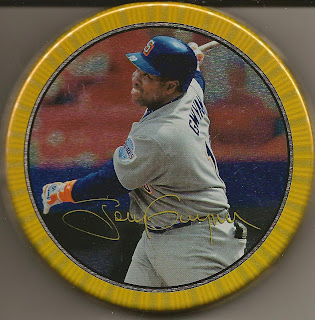 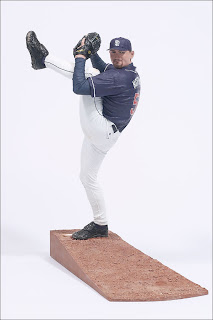 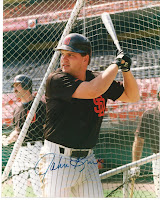 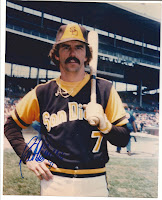 Three autographs, an 8x10 of Kurt Bevacqua, a team issued postcard of Tony Gwynn, and an 8x10 of John Kruk.

That is an awesome lot of goods dude! I guess I get to be the first to comment. Very sweet contest, I can't believe you are giving up all of those Padrogoodies!

Sweet prizes! Do we leave the guess in the comment section or email it to you?

I was just wondering since I know the answer to your favorite Padre and I will be heading out of town for the weekend and wanted to be the first one to post it. But, if we are to email you our guesses, I'm not too worried about it. All All I will say now is that he wore #30 in his rookie season.

Where is your post about Padrographs that you need? I probably don't have any since I have few besides the ones from you, but it couldn't hurt to check.

you are right zack. email me the answer at Padrographs@live.com

Sending an email!! I'll link to my blog as well! Thanks.